How to Engage Your Unresponsive Prospects 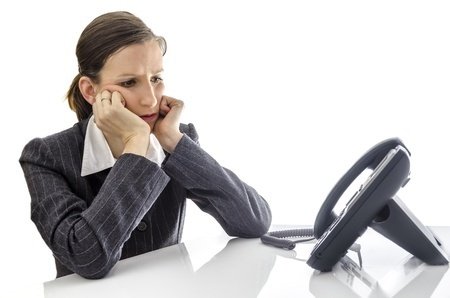 There’s not a salesperson out there who doesn’t dream of their prospects answering all of their phone calls and replying to all of their emails. Not only is this unrealistic, it’s downright dangerous to have these high level expectations of your prospects. It’s normal for prospects to disappear or be disinterested after your initial contact. A lack of response from prospects can make you feel like they don’t need what you sell. Instead of beating yourself up because your prospects are unresponsive, take the necessary steps to engage them.

Don’t refer to the past attempts.

When you are engaging an unresponsive prospect, it’s important not to remind them that they have been unresponsive. When you bring up past attempts you’re not going to magically motivate your prospect to pick up the phone and call you. Instead, your prospect will feel guilty about not responding, or annoyed that you brought it up. In either case, they won’t call you back. The best approach is to treat every follow up as if it’s your first attempt.

An important thing to keep in mind is that a close doesn’t always equate to a sale. The purpose of a close is to gain commitment from your prospect. A close can be anything from getting a meeting with a prospect to getting a prospect to read a white paper that you wrote. If the prospect hasn’t been responsive to one type of close, don’t keep offering the same close. For example, you might be attempting to get your prospect to commit to a face-to-face meeting, but they keep putting you off. Clearly, the prospect is not ready to commit to a face-to-face meeting. In a situation like this, offer your prospect the opportunity to have a Skype call instead.

Many prospects have reached the point where they just simply never answer their phone. Others leave the office and never bother to change their voicemail so that callers know they are out of the office. Continuing to call and leave messages will make you sound ignorant and desperate. The best way to engage an unresponsive prospect is to hit zero and speak to a live person. When you get the live person on the telephone, get to know them and ask them questions about the person you are attempting to reach. You can discover information that will help you know if they prefer to be contacted on their cell phone, by text message or by email. Also, you may discover that they have an assistant or a co-worker in their department that can help you. There are even times when they transfer you to their desk and they pick up because the internal ring differs from the external ring.

Instead of dreaming for the impossible to happen, make the impossible happen. Take the necessary steps to engage your unresponsive prospects. When you do this, you’ll begin to realize that you do actually have what your prospects need. You will gain a higher appreciation for prospecting. In addition, the improvement in your attitude will be the missing link in attaining the success in prospecting for which you’ve been striving.